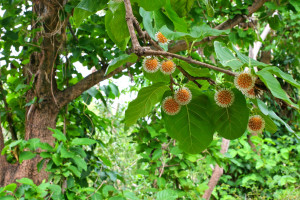 At the end of 2010 a French-Cameroonian team discovered something. A painkilling agent developed in Western laboratories already exists in nature – the painkilling drug tramadol. It was found in the roots of a tree, the African peach tree. Peoples in the North of Cameroon have known this drug ever since.

A series oft the German-French TV channel arte tells the story of how Cameroonian healers apply the medical plant.

In 2016, club tipping point is also addressing the issues of Africa and medical care, more precisely: the ways of dealing with mental illness, i. e. psychiatric care, in Eastern Africa as problem of intercultural psychiatric care.

The project ctp 4.0 tryin’ africa – as an unfinished play wants to shed light on the backgrounds and implications that come along with Western help in medical and psychiatric care. It refers to current efforts to implement a regionwide system of psychiatric care where Western doctors and organisations with their know-how are going to train medical officiers and nurses. More psychiatric hospitals are to follow, if they do not already exist from the colonial past and are run by Germans. Therapies with drugs will be extended – the pharmaceutical industry along the Rhine river is already calculating its profits – evil to those who evil think.

However, what are the traditional ways of tribes and healers with psychiatric illnesses? Which specific experience do they have? Which cures do they appley? What can the West learn from that – assuming it wants to?

ctp is going to travel through the country with a team of Tanzanian and German actors and authors. It is going to meet medical officers in psychiatric hospitals, traditional healers in the countryside and patients with their families.

We hope to meet a committed audience at our performances in Bagamoyo/Tansania, in Berlin/Germany and other venues. We would like to stimulate critical awareness for the economic interests behind Western „help“ in Africa. We would like to point out the real and mental postcolonial entanglements in our perspective on Africa. Finally, we wish for an emerging awareness for the always necessary and getting more necessary respect in our encounters.