Today, we are starting to publish posts about the current state of the project ctp 4.0 Africa in a loose connection. They are a kind of brainstorming at which we would like the interested community to participate.

For a start, here is a shot of a script:

INSIDE – EMERGENCY ADMISSON OF A BREMEN HOSPITAL 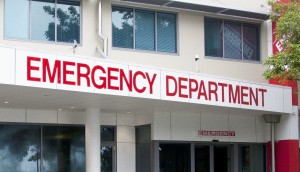 A young African woman is admitted to the emergency room.

She is accompanied by her brother, a young man, hardly speaking any German, yet a little English. He reports that his sister has come to his place that same day from Frankfurt, where she was living at a casual acquaintance since her arrival in Germany some weeks ago. She was trying to find a job there. For the last days, she had behaved „strangely“, she had seen things obscure to others, been mistrustful, expressed  to be fearful – if she expressed anything at all for she would hardly speak, neither with her acquaintance nor with her brother, though she had asked him for help.

The psychiatrist that has been called finds the woman lying on the floor of the emergency admission, hardly responsive. An internist is providing emergency care. Next to the woman there is a little plastic bag with dusty grey flour and a spoon. Other people waiting there report the woman to have eaten a spoonful of the flour.

The brother is not present any more.