ticket office/bar opening 7:30 pm | 5/3,50 Euro
reservations: karten@viertewelt.de or phone 01578-8440941
VIERTE WELT | Kottbusser Tor | in the center of Kreuzberg
galery 1st floor | access via exterior stair in Adalbertstraße 96 | 10999 Berlin | www.viertewelt.de |
Persons in wheelchairs are kindly requested to announce their visit a day before the event at: karten@viertewelt.de

ctp 4.1  imnotok-areyouok is the opening to ctp 4.0 tryin’ africa – as an unfinished play – a dramatic examination of how mental illnesses are caused and treated in an intercultural comparison of Africa and Europe.
Please have a lock at our blog about ctp 4.0  and snapshots of the last dramatic reading below.

Emergency Room of a Berlin hospital, at night.

A man lying on the floor. He is awake. Next to him: a bag with grey flour. People waiting there report, the man had eaten a spoonful of the flour. A women had accompanied him but had now vanished. The doctor talks to the man, he doesn’t answer.

A man and a man are sitting opposite each other. They are asking questions. About a foreign country – about foreign standards, common roots and history and about people who are saying: I’m Not OK!

Pictures, videos and audiotapes are being examined and interpreted. A pile of documents is getting reduced and dissected. They are documented and described anew, titled and translated. A journey, that leads to Tanzania, the former German East-Afrika – into the canyon of Olduvai to the cradle of mankind, to Bagamoyo in the former German capital, to Lutindi in a psychiatric hospital, where green jumpers of German policemen are worn. Places are changing like times – nowadays, past times, German colonial history – German doctors, German missionaries, German tradesmen and soldiers. A history of exploitation. The body as an area to missionize. And also the soul?

In light of personal psychiatric teaching in Tanzania and the theatrical dealing with the discourse of postcolonialism, Schmidt and Gosepath travelled to Tanzania last year to get to know the traditional way of coping with mental illnesses beyond Western diagnostic and therapeutic manuals. These insights show: the frontline has changed – people in Europa and Africa are confronted with problems they have in common …

CTP 4.1 “Imnotokareyouok” from ctp on Vimeo. 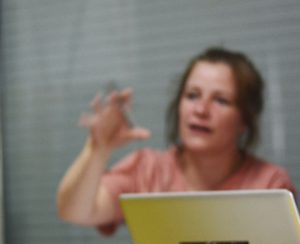 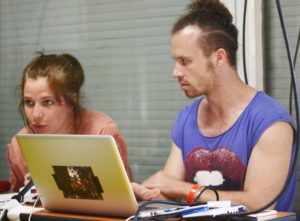